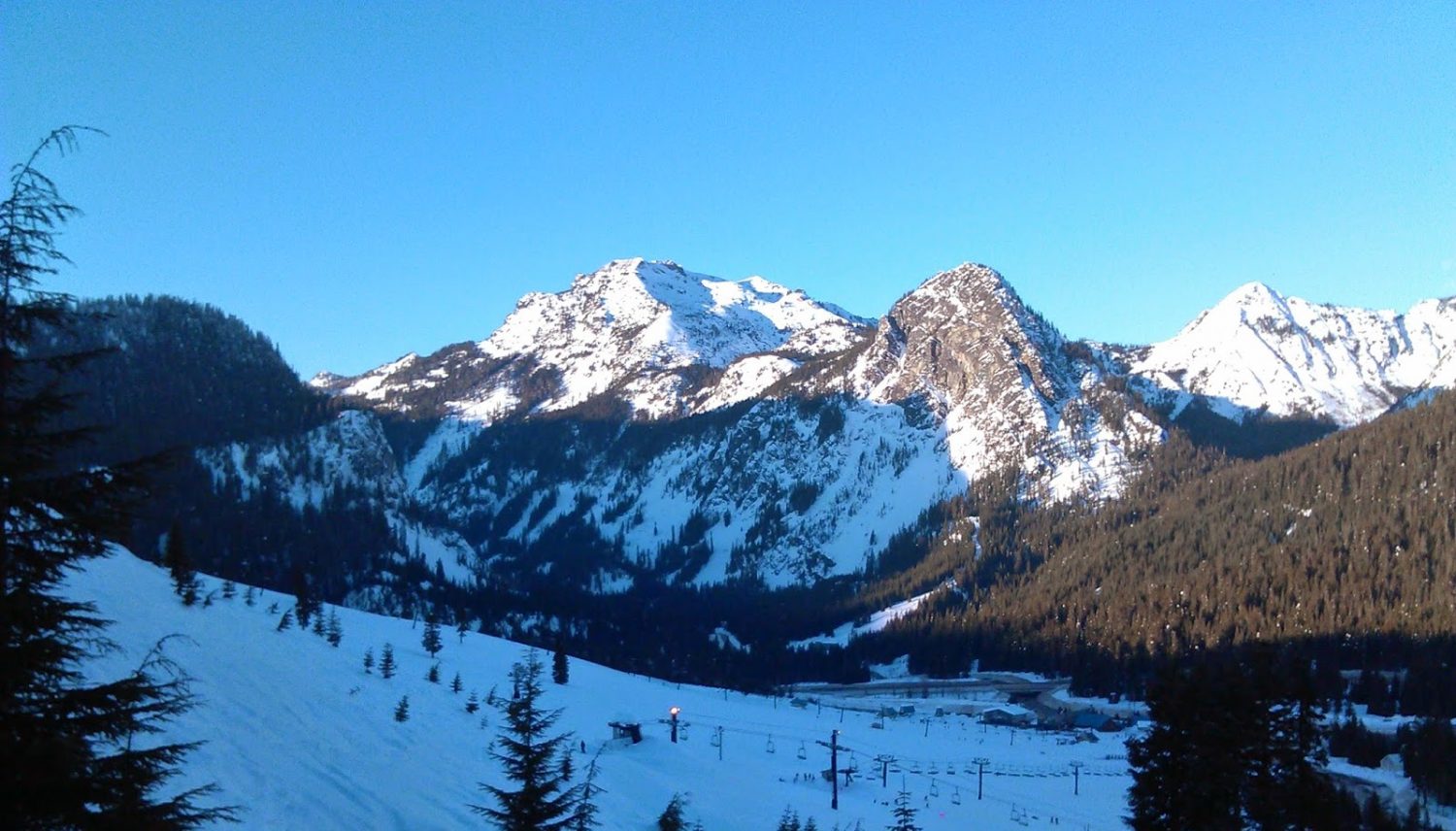 And don’t forget the fog…..I think that is the recipe for November.  We always remark every year that November is the worst month on the mountain.  There is not enough snow to go full out in winter activities, but just enough to make running, cycling, dirt biking, hiking, even walking the dog just a miserable or impossible task.  Though this week twice now I have risen to the occasion and gone out for two adventures.

The first was a hike up my usual route to the beer can and then along the road and eventually just going straight up the ski slope through the area that slid a few years ago.  By then it was foggy .  The footing was about two inches of crusty snow which honestly, provided some traction.  Except for the spot that looked good but turned out to be a snow covered, ice covered boulder!  I fell down, like a clown….But it was fun! I made my way back through the slide , bushwhacking for a bit to the access road and managed to have some sort of workout for over an hour.

Yesterday, I kept waiting for the rain to end or change over but finally just went out.  I headed down the rail trail, which in winter is a groomed xc ski trail.  Once I got past the section where the local kids had been driving their lifted trucks the night before, it evened out and wasn’t too bad.  No, I wasn’t on skis.  I was running, like I was wearing army boots in sand….It was a blast!  So tiring though that I had to only run part of every minute, counting off the steps, lifting my legs high and then stepping where the snow crust was smooth.  I saw Bobcat tracks.  LOVE to see animal tracks….as long as they are small.

Anyway, that’s November.  You have to either fly to Hawaii and forget the month or go out and make the best of it.
For color, I’ve added a photo of part of our vintage snowboard collection….
Standard

It’s a little late, but finally, we have SNOW!  Ok, ok , it’s really 1/4 inch of snow with frozen crust on top and as I write it’s turning to freezing rain.  We call this….A BASE. 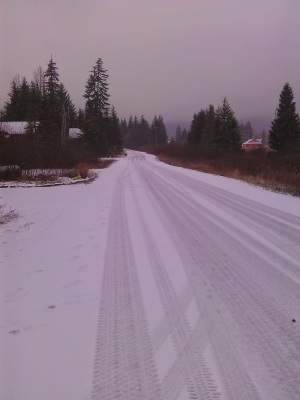 We have more “base building” in the forecast, unfortunately it’s just above us at about 4,000 feet.  At least the tops of the mountains will get some!  Yay!!   I know you look at this photo and think it’s LAME, but in my eyes, it’s just the start of snowboarding, xc skiing, sledding,  snowshoeing season!  Not to mention the dog rolling in snow, snowball fights, snow forts and cocoa!   yeah baby!!

This past week the skies have been crystal clear, but temps have been in the teens and a windstorm left us without power for 24 hrs.  We even dragged out the generator so we could watch a movie on the laptop.  Romantic?  No, not really.  The only upside of clear skies is that the crew working on the new chair lift has had some great days to get cracking on that.  It’s not every day you see a new chairlift being built and it’s been pretty cool!  I wish I could show you the shiny new towers but the day I hiked up I forgot my camera (duh, right?).  That’s okay, I will be able to show you them in action this winter.  In the mean time, here’s a picture of the Chinook that was helping the crew place the towers and remove logs from the slope.  It was here in the neighborhood for 3 or 4 days and even flew on the day with 40 mph wind gusts.  It was a lot of fun to watch!

As you can see, some of those logs were really, really big!  That one in the bottom picture in particular was probably hundreds of years old.  Coincidentally, we had just watched the X-Files episode about the loggers ….the ones who went missing…the ones hunted down by insects hatched out of old growth timber?  And Scully and Mulder end up trapped in giant cocoons…..??  Remember??   Well, I believe. 🙂